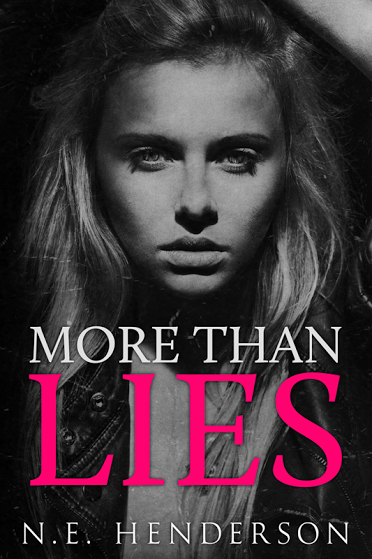 No one is perfect.

I wish I could scream it at them, but no one will listen to me. Instead, they choose to ignore me by making me into something I’m not. I try to make them happy, but no matter how hard I try it’s not good enough. I make good grades. Hell, I was top of my class senior year, but things happen. We make sacrifices for people important to us. My parents wouldn’t understand that. Instead, they say I could be better. I’m the good girl to everyone else, but to my parents I fall short. To most I have curves, to them I’m fat. I just want them to be happy with my imperfections. You know what? I’m tired of giving and getting nothing in return. Screw them.

The only one that I want to see me for who I really am…is him.

TARALYNN EVANS has always been the good girl, forced to befriend people she cares nothing about. She tries hard to be what them and everyone else expects her to be, but what’s the point when it’s never enough to gain their approval? She’s over lying to make others happy or self-sacrificing to spare their feelings. For once, she just wants to be herself. She wants to feel human, tired of being a puppet.
When tragedy strikes her in the worst way, she finds herself bargaining in distress, trying to find reason and rationality in what’s set before her, but will he give in when in most cases the good girl never gets the bad boy?

Those are the things that define me, and my life. I do me. Nothing else matters. I don’t need anyone’s approval, nor do I seek it. I’m comfortable with the man I am. The only thing that haunts my dreams are those sapphire eyes that remind me of midnight. I will shut it down every single time. I can’t have her. She deserves more than what I’m after. The problem is that sometimes life is a bitch. That curveball was nowhere in sight, but now that it’s been thrown…my life may never be the same.
SHAWN BRADEN has always been the bad boy. He’s always had the love and support of his parents no matter what he does. He knows he can have any girl he wants. Too bad he never wants them more than once. What he truly wants is the one thing he’s never admitting to, not even to himself. What happens when he starts seeing past the facade she’s put on for years and shows him the real girl that is hiding inside? Will he fall against his will, or will she become nothing more than every girl before? 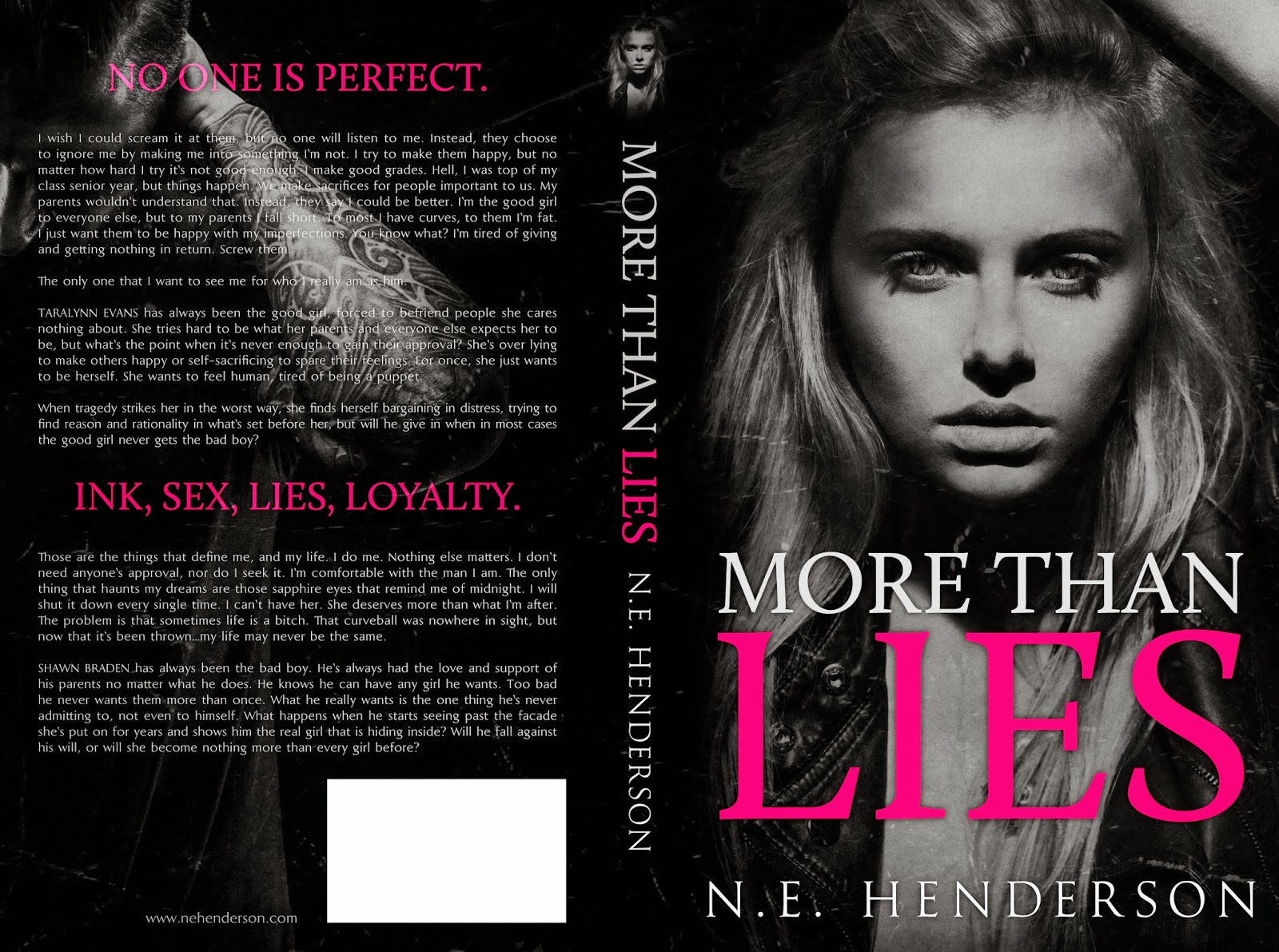 Hi, I’m Nancy,
I’m a mom, wife, writer, obsessed reader, and fiction whore to the chore. I’m an introvert. It takes me a minute to warm up to people, but once I do, you’ll probably never get me to shut up.
I live in the south, Mississippi to be exact. I love warm sunny days and I despise cold and raining weather. I have a love/hate relationship with my Bull Terrier, Xena. The little winch thinks my husband belongs to her when he most certainly does not; he belongs to me.
I love to read possibly even more than I love to write. That can be a problem when I have fictional people taking up room inside my brain and screaming to get out. They don’t understand why I can’t give them my full attention.
In my free time, I love riding my Can Am Maverick and finding new off road trails. I’m a city girl, married to a country boy, who likes to get a little dirty and sometimes muddy. Even though I don’t do it often, I love roller coasters. The steel coasters that is. I hate the wooden ones.
Readers, connect with me. I love hearing from you and reading your reviews. 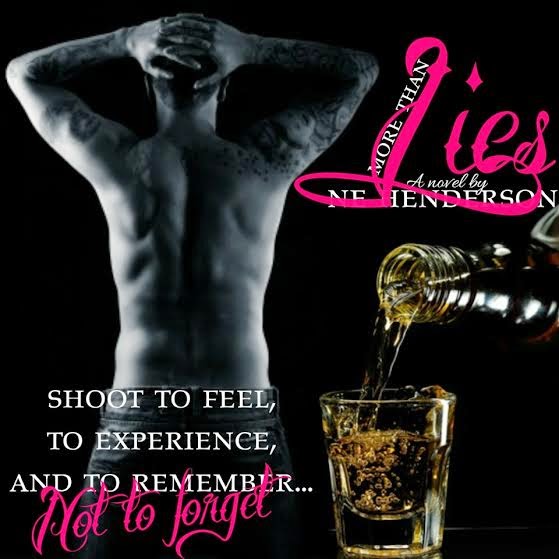 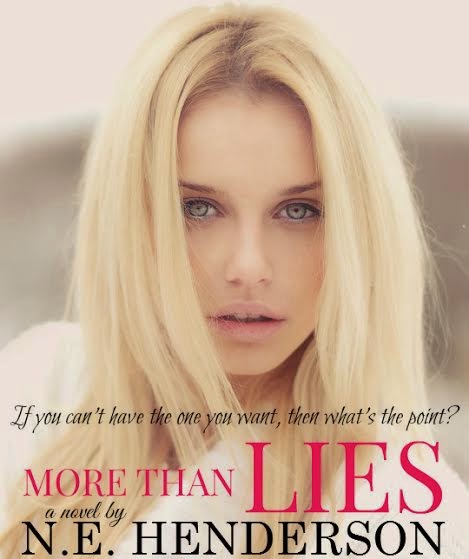 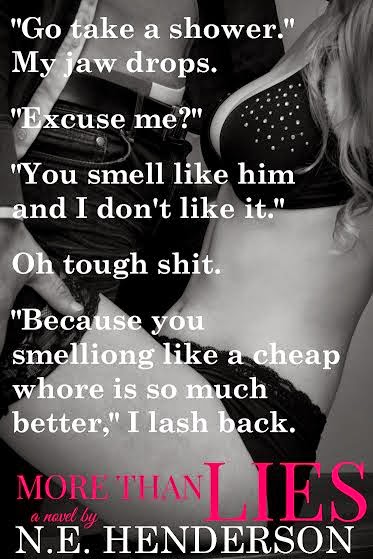 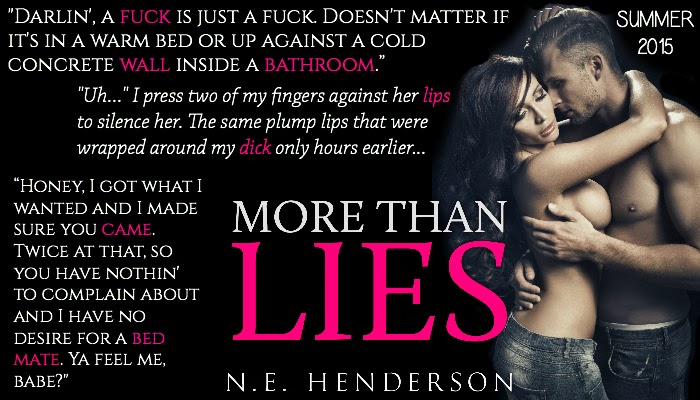 Stay up to date on all information such as release dates, exclusive excerpts, giveaways, events, and so much more by subscribing to the author's newsletter!

Is this your first time hearing of author NE Henderson? Check out her other books while you wait on the release of More than lies! Now available are the first two books in the Silent series, Nick and Shannon's story. 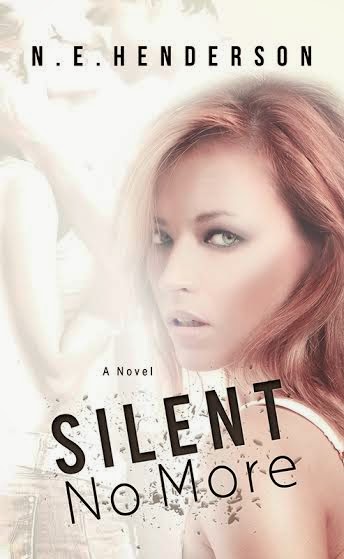 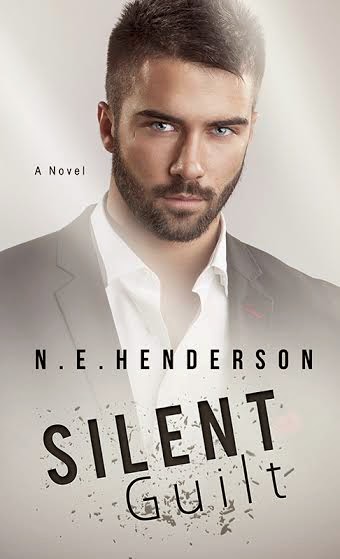 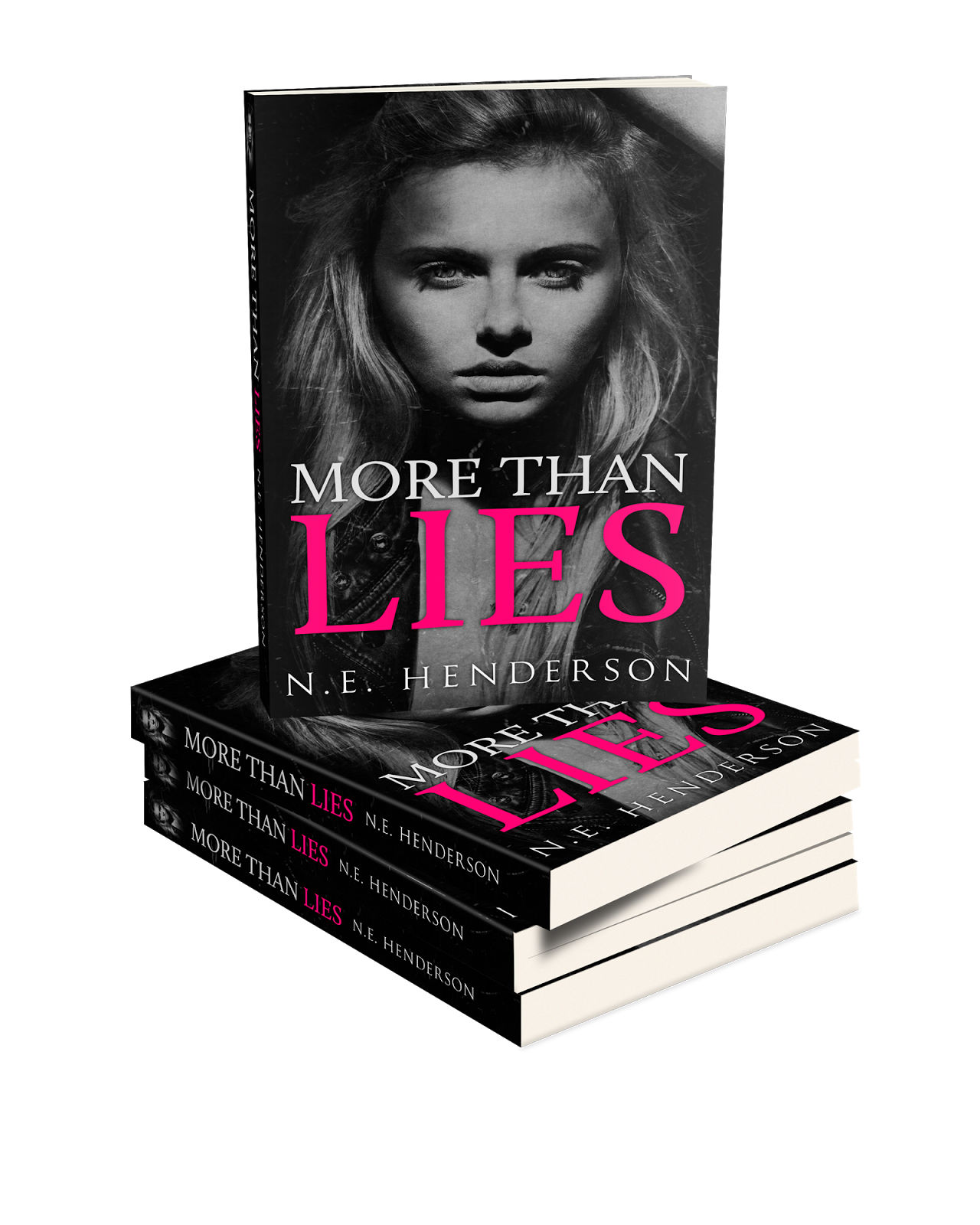 Posted by Blogging For The Love Of Authors And Their Books at 01:00