Kia Carrington-Russell is a young author writing from her Australian home. Kia is supported by her helpful friends, family and readers. Most of all she is assisted by her Ying and Yang kitties, Isa and Forest, as well as her Cavoodle, Sia, who are always by her side as she busily types away in her office.
Kia completed her first manuscript, Possession Of My Soul: The Three Immortal Blades, when she was fifteen. After graduating from high school, Kia pursued freelance journalism. After working for half a year within the sales section of the local paper, Kia realised journalism was not what she wanted to focus on.
Kia started Ther Precious Living website, which is a self-help blog publishing weekly affirmations. It was a way to express her enjoyment of photography as well as reaching out to readers who might not be feeling positive in their current lifestyles. She often published motivational stories, hoping to fill many with gratitude for what they had, instead of focusing on what they didn't.
In the year of 2014, Kia took her first manuscript seriously, and on May 15, Kia's first book was published. Since then Kia has continued writing and publishing many works from the Fantasy, Young Adult, Romance, and Action genres. Kia has many more books planned for the future.
In 2015, Kia's self-publishing services and promotional services became live. She is now CEO of both Crystal Publishing and Crystal Book Promoters, which have been designed to help other authors at an affordable price. The mission is to guide writers through the perilous journey of self-publication.
Kia enjoys dancing, cooking, painting, manga, anime, eating (loves eating), reading, and is very competitive in all games, no matter what game.

From Kia:
Thank you to all my friends, family, and readers who have supported me. You have no idea how much it truly means to me; the support inspires me to keep writing. I am very grateful for the kind words you offer me and for telling others of my books.
Thank you everyone so much,
Kia

The sun’s light dimmed many centuries before; now in the year of 2,341 rampant vampires now stalk their victims in a half-lit world. Humanity has been overtaken by a new society: one comprised of vampires, the supernatural beings that hunt them, and the remaining humans they fight over. The laws and rules that once bound our world have long since been lost. Now, the Hunter Guild struggle to stay one step ahead of the Vampire Council.

Esmore, Token Huntress, has exceeded all expectations at only 18 years of age. She is fearless leader to her team, and she is relentless in her pursuit of the enemy. There is only one problem: Esmore is struggling to repress the growing darkness that seduces her from within. Esmore takes another step into the darkness when she encounters a teasing, tantalizing -- utterly unignorable -- vampire.

The lines between right and wrong are blurred further as Esmore gives into her temptation, and her reality becomes deliciously tainted both with evil and with lust.

Prologue
Even when I conjured all my strength, his speed was unmatched. He grabbed my sword with his hands, blood spurting everywhere, his eyes now savage on me. In one swift movement he threw it away, grabbing my throat, ready to rip out my heart. His fangs were very large and blood dripped over them. Had he bitten into one of his own comrades? I could not breathe, but I did not gasp for air. I would not fall so far as to want mercy from his kind.

Before he plunged his fingers into me a hand stopped him. My heart pounded, yet I was not scared to face death. A swift movement was made and I fell to the floor, holding my throat. Whoever had grabbed his hand tore him away from me. I looked up in front of me to see the familiar coat. It was Chase. His back was to me as he faced the vampire who had almost killed me. Did the Council really have such old and strong vampires right under our noses?

“She threatened Whitney!” the other vampire spluttered.

“Tythian.” The small voice of the woman from behind him broke the tension. “It’s okay, we can go now.”

He buckled to his knees in front of her, cupping her face gently. “I’m sorry,” he whispered to her. “I did not know they would use you for this.” She gently caressed his face. In amidst the ghastly noises of weapons scraping against one another, it seemed to them that nothing else mattered as they gazed into one another’s eyes devotedly.

“Let’s go home,” she said with a reassuring smile. I was mortified how comfortable she was in the blood war that raged around her.

Before I could stand, the vampire had grabbed her chair and, with lightning speed, they were gone.

Chase turned to me, his fangs not as large as Tythian’s, but I could see he too was a very old vampire. “Esmore,” he whispered. Before I could run for my sword to use it against him, he had already vanished, leaving me by myself.

Kora and Kasey were the reason why he fled. They had advanced on him, trying to entrap him. For what reason he hadn’t tried to kill them I wasn’t sure. He simply hid amongst the dark. I could still feel his presence close by, but it felt as if he were only watching. Not fighting, but just watching how everything would play out. Realizing Chase was gone, they focused on another three vampires, entrapping them as Dillian and Tori covered their backs. One by one, the girls trapped more. There were so many of them.

Teary was fighting off four. Except for Tythian and Chase, they all seemed like younger vampires. You could tell by their strength and speed. Usually we could challenge vampires if they were no more than one hundred and fifty years old. After that it became very difficult to compete against a vampire who had lived for so long.

James was now by my side. He had gathered my Barnett bow and sword for me. I used my arrows instantly on a vampire who ran for me, piercing his chest. He crumbled to the ground, quickly decaying. I roared in anger at how easily I had been overcome by the previous two vampires. I sliced through another vampire, cutting down his throat and through his belly. I cut across another’s head, slitting their throat and puncturing their chest. I raged again, feeling myself fill with hatred and a need to see their blood. I cut off one’s arm, plunging my sword into its chest, driving so deep into it that after a few steps I had nailed it to a tree. It slumped around my sword, its skin turning a shade of black. I pulled it out, watching it begin to decay.

A huge fire lit behind me. Teary was controlling the flames, sweeping over the ten of them that encircled her. There must have been one hundred vampires. This was a well-thought out ambush. James grabbed one vampire’s throat and then another as it ran from behind him. Smashing both their heads together, they shattered from the impact. James steely skin was impenetrable. He grabbed his sword from the ground. A vampire must have knocked it out of his hand. He punctured both in the chest before they could heal.

In the distance I could feel the presence of many more coming. For that many we would have to use the grenade. It was us against many. As if knowing what I was thinking, James ran to Teary as she continued to sweep her hand containing the fire around.

In the distance a vampire stalked toward Teary. He too was strong and old. I had the feeling that others followed him as their numbers grew. James now had the grenade, and he was pulling the pin. Inwardly I counted the short seconds in my head. Ten, nine. Teary continued to control her flames, still engulfing the many around her. Eight, seven. Two vampires came at me and quickly I thrust my sword into them, before shooting an arrow into another oncoming vampire. Six, five. James threw the grenade at the large army that stampeded toward us.

The leading vampire swept one hand across them both. Teary’s flames were instantly put out as a gust of wind extinguished it. The wind not only pushed James and Teary back but Dillian, Tori, Kasey, and Kora as it smashed into their backs, throwing them forward. It had even taken the Council vampires along with it. This vampire had the gift of control over wind. The grenade was thrown toward my team.

With all the speed I could muster I ran for them, grabbing a hold of the grenade in the air. I ran into the distance so the grenade was nowhere near them, throwing it at the army that charged toward them.

The grenade exploded near the army, but shattered much more than just that. Quickly a burst of dust swept over me. The burning flames of the explosion encased my body. I heard my name whispered by an angelic voice, but noted it was probably the afterlife calling for me. This must now be my time of death. 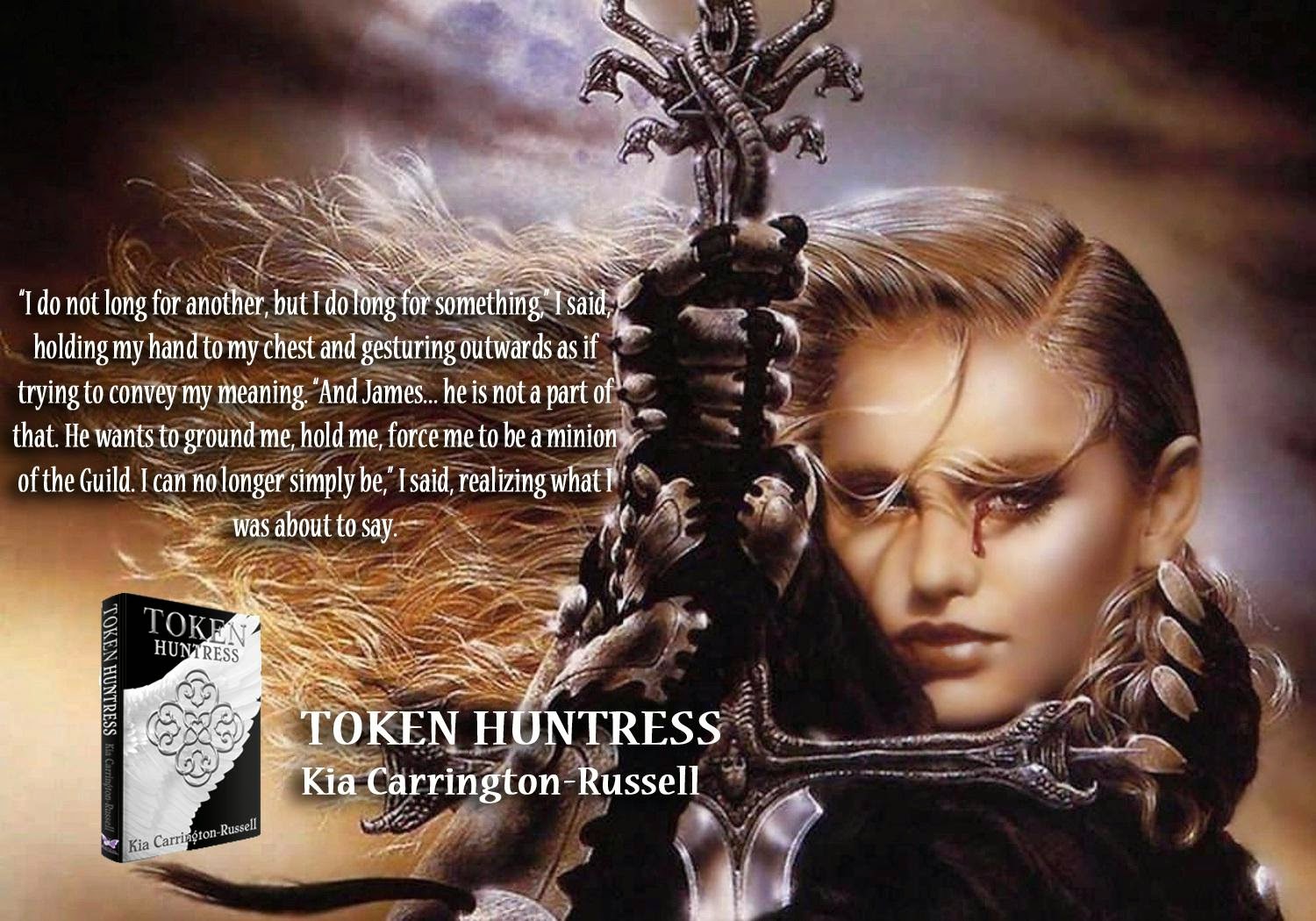 Sneak Peek in to the first chapter Free below! 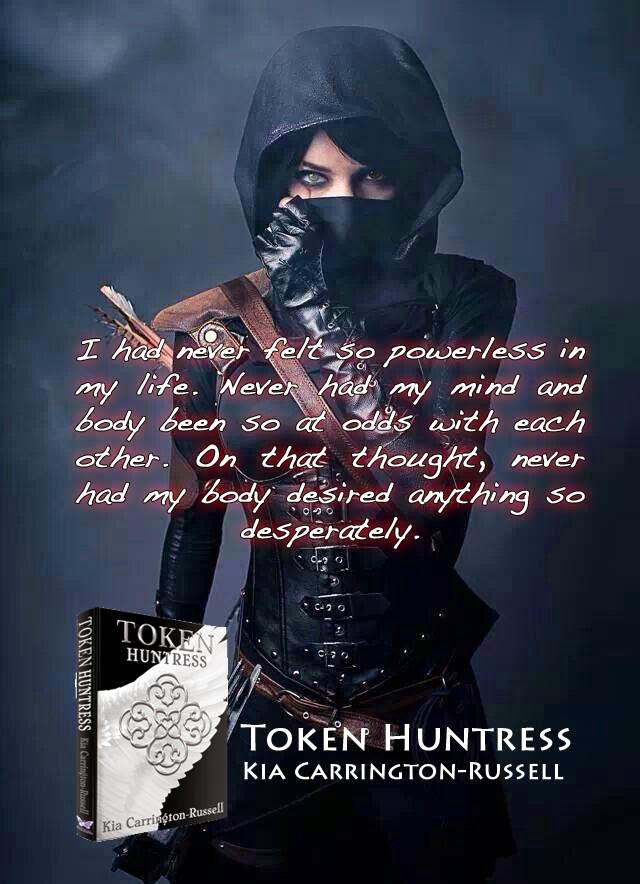 Omg I can't begin to tell you how many feelings and emotions this book has depicted on my heart embedding in my soul forever. It truly has made an impact on my heart. It left me breathless at times wanting and craving more. Kia how could you stop! Give me more!!!

Most vampire novels starts out with the same plot and twist but, this one dis surprise me. We have a tough as nails heroine that doesn't mind telling you nor showing you how how she feels, yet she's true to her heart and others. Then we have Chase. Omg yes Chase, he's hot, dreamy, and fine as hell vampire sure of himself and his future relationship with an enemy. There are so many characters that bring it alive and so much more! I can't wait to find out more and get to know all the characters!!!


Kia takes a sensitive ugly subject and gives you a look into a mind so tormented, for instance, there is so much prejudice between the two because it's one long battle going on since forever, but they soon learn that a lot is taught and learned. They battle through these obstacles and find a love that stands against time in the middle of battles and hard times. Will there love changes things and ideas of others? Will there friends merge together and become a force to be reckoned with?


You begin to feel her pain, her grief, her rage. My heart hurt for her, my eyes cried for her, my mind wanted revenge for her, but my heart wanted more for her. Don't get on board this ride if your not prepared because it will change you. You did an outstanding job at this novel Kia my heart is merged with this novel. I'm now going through withdrawals. Sigh... 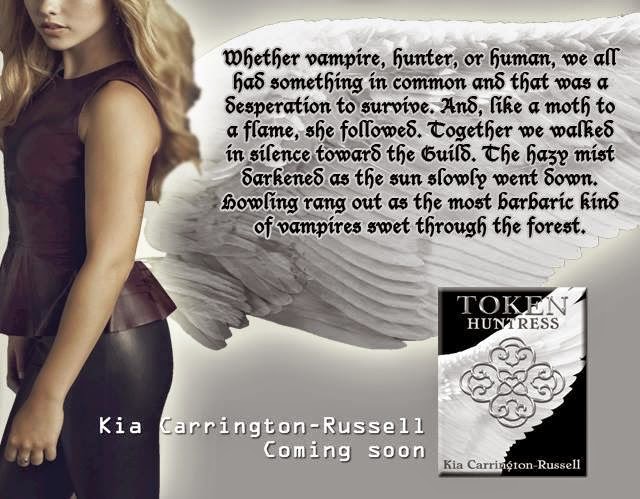 
Posted by Blogging For The Love Of Authors And Their Books at 13:44